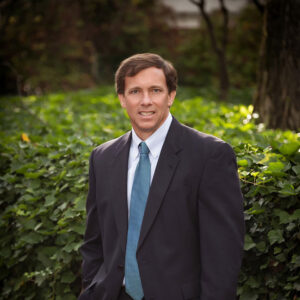 Best Expungement Attorney Near Me

The Alabama legislature and Governor Ivey have finally passed an expungement bill that will allow certain persons convicted of non-violent crimes to have their records wiped clean. This law, which we have pushed for for years will soon allow people with long-ago convictions for certain low-level crimes to apply to have their records wiped clean. The Alabama Legislature approved an expanded expungement bill that was signed into law by Gov. Kay Ivey this week. The bill is called the Record Expungement Designed to Enhance Employment and Eliminate Recidivism Act – or the REDEEMER Act. It would allow people with certain nonviolent misdemeanor convictions to apply to have their records expunged if they have met certain conditions. It will help people who made a mistake in their past move forward by removing their convictions from public records. Thereby making them much more employable. It is similar to the laws in other states that wipe away misdemeanor convictions after a person serves their time or probation. Its goal is to help people who made mistakes in the past to put it behind them. Thereby making them more employable and capable of taking care of themselves, their families and contribute to to society.

Alabama current expungement laws only allow people to apply for expungement if the charges are dismissed, your found not guilty or you have finished some type of diversion program. The new law will allow people with convictions for nonviolent misdemeanors, municipal ordinances and minor traffic offenses to apply to have their records expunged provided they meet certain conditions. The conditions include having paid all court costs and fines, completed probation and all other requirements in their case. Violent crimes, sex offenses and major traffic convictions would not be eligible for expungement. The big surprise to the law is this, people who were convicted of felonies but later pardoned could also apply to have the conviction expunged. This is a dramatic shift from the previous expungement laws in this state. We are also offering the only LOWEST FEE GUARANTEE in the State of Alabama. Call 24/7 to find out just how low our attorney’s fee can be for an expungement in the State of Alabama. We are preparing petitions now. Call now 256-534-3435 or 256-350-7200. We are here to help you get your life back in order.

Have you been charged with a non-violent felony or misdemeanor, but never convicted? If yes, you soon will be able to have your record expunged, and erased from public view. The attorneys at Ferguson & Ferguson are helping lead the way by preparing the documents required to expunge records in Morgan, Madison, Jackson, Cullman, Dekalb, Limestone, Lawrence and every other county in the State of Alabama. The flood of petitions is beginning, and you can count on the attorneys at Ferguson & Ferguson to lead the way. We offer a no obligation, FREE CONSULTATION to all expungement clients. We are also offering the only LOWEST FEE GUARANTEE in the State of Alabama. Call 24/7 to find out just how low our attorney’s fee can be for an expungement in the State of Alabama. We are preparing petitions now. Call now 256-534-3435 or 256-350-7200. The law goes into effect July, 2014. We are here to help you get your life back in order.

Who’s Eligible for Expungement in Alabama?

Beginning July 2014, people who have been charged in Alabama with traffic violations, municipal ordinances, violations and misdemeanors may have records expunged if one of the following conditions are met:

The act allows for expunging non-violent felony charges if any of the following conditions are met:

Unfortunately, even if you were not convicted of a violent crime, any charges will remain on your record. The act does not expunge violent felonies listed in the Alabama code, such as: capital murder, murder, manslaughter, assault, kidnapping, rape, sodomy, robbery, burglary, arson, stalking, sexual abuse and domestic violence 1 and 2.

How Do I Expunge My Case?

The easiest way to expunge your record is to hire an attorney who is filing for the expungements. We have prepared the papework and understand how it must be completed. You must do the following:

What Happens if the Request is Approved?

The court is to order the expungement of all records in the custody of the court and any records held by any other agency or official, including law enforcement records, except privileged investigation reports by the Alabama Board of Pardons and Paroles and files of the district attorney. The related agencies are then to certify to the court within six months that the expungement has been completed.

What if Someone Ask About the Case?

The charge shall be deemed never to have occurred. The court must reply that “no record exists on the matter,” and the person shall not have to disclose the related facts on job or credit applications and other applications. A petitioner must disclose the “fact of the record” to any government, regulatory or licensing agency, any utility or its affiliates or any bank or financial institution.

The agencies have to send the records to the Alabama Criminal Justice Information Center which will archive them in a protected file. The records cannot be used for a non-justice purpose and can only be made available when a criminal justice agency provides notice of an investigation of the individual. All arrest records, booking or arrest photos, index references for public records searches and other documents or electronic files concerning the arrest or charge are expunged.

Dividing Real Estate in a Divorce

What To Do With The Marital Home After Divorce

Filing Claims for Damages Caused by Movers Even with proper safety measures and expert care, moving mishaps happen. For one reason or another, your items can end up damaged after a move. Once that happens, your best course of…